Dragon Games is a 2019 sculpture of a voluptuous huntress and her dragon. My first bronze sculpture was a dragon, Firstborn, shown below.

Also, I was born in the year of the Dragon

Like most sculptors, I work from nudes. On the left, below, is an early version of the Dragon Games sculpture in clay. 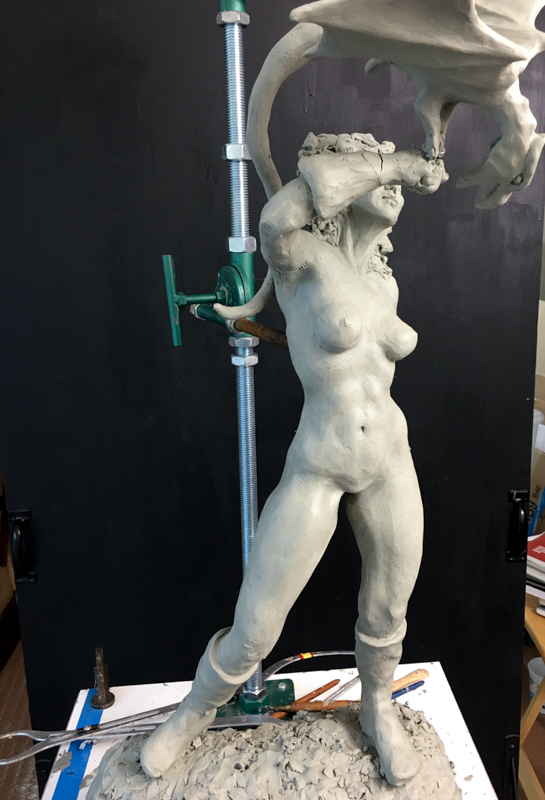 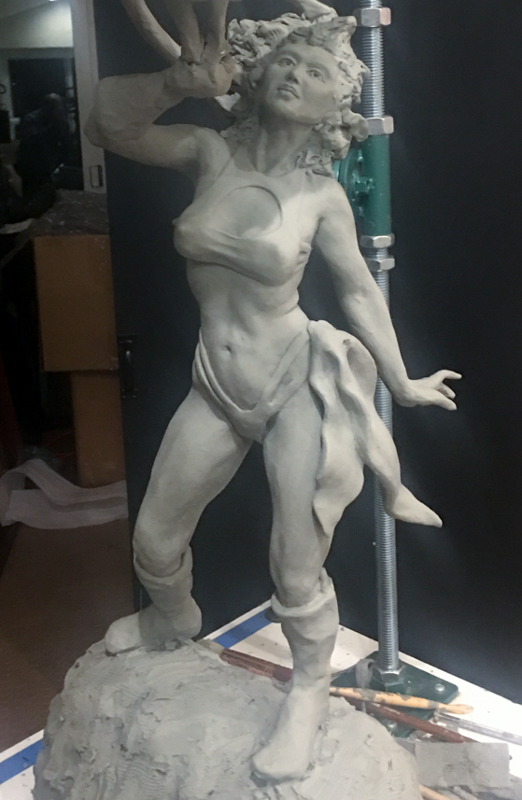 After inspecting this scant result Wendy said that the title should be “Functional, Not So Much.” Who would go hunting in that? We eventually settled on Dragon Games. And let me give a shout out to the model, the incomparable Shannon Rebekah.

Before you accuse me of grabbing the idea for this piece from Game of Thrones, know that I had been rendering dames and dragons for 20 years before George R. R. Martin first put pen to paper on his first novel. To the extent that there was early literary inspiration, it would have to be credited to Anne McCaffrey. In the trivia department, my wife Wendy is the author of the Dragondex published in 1975 for Boskone 12 where Anne was guest of honor. Indeed, it was an Anne McCaffrey book that I was taking out of the U. Mass science fiction club library that helped Wendy and I meet. Like a said, dames and dragons and I go way back

Here is the name tag I drew that Wendy was wearing, circa 1975. 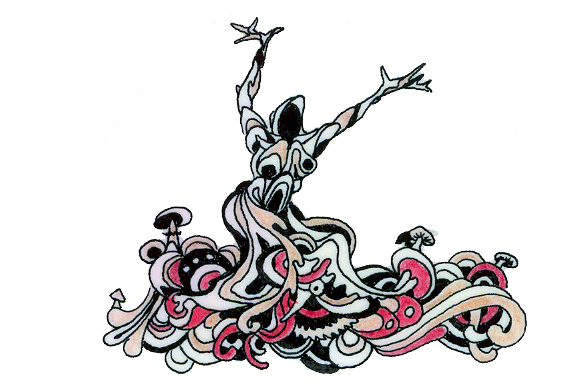